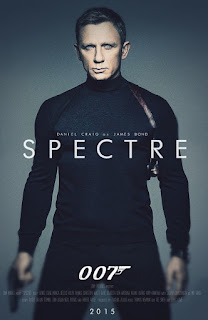 People had almost lost interest in James Bond when Die Another Day limped out of theaters more than a decade ago. The Bond films were becoming increasingly cartoonish and every subsequent installment became more of a drinking game than an entertaining and smart thriller. It took a rather special effort to turn it all around as Daniel Craig burst on to the scene with Casino Royale and followed it up with the slightly disappointing Quantum of Solace and the terrific Skyfall.

In the latter, Bond was brought down to his knees, things got personal and the hero, who usually deals with over the top machinery and ludicrous firearm technology, was made to fight against a daunting enemy with handmade weapons and a radio. It was also the most beautiful looking Bond film to date. Director Sam Mendes had well and truly found a heart in the Bond films, capturing the essence of what makes Bond so classy and giving him a genuine threat to deal with. Bringing back Mendes for the new film signaled some more quality entertainment.

Unfortunately it all comes undone in the new film Spectre. Since Mendes already dealt with humanizing Bond in Skyfall, this time the filmmaker gives us the Bond from the Roger Moore era. Which means everything that was ludicrous and over the top in Bond movies makes a grand return in Spectre.
From flying helicopters and planes randomly making an appearance, to driving fast cars while dodging bullets and calmly chit-chatting in the midst, the silliness of Bond is back in Spectre. But that’s not the biggest problem in the film – the real problem is that the film isn’t sure whether it wants to be: a Bond movie or a Bourne movie. Both are vastly different tones, which don’t really gel together when the film tries to swing between both.

Those who were looking for answers to many of the questions posed in earlier Daniel Craig Bond movies will be disappointed. We finally get to know the big organisation that’s been using all the previous films’ villains as puppets. The annoying part is, that’s all the story is about, there’s nothing else. We get to know Franz Oberhauser (Christoph Waltz) is the big boss, and we get very little info on how and why he became the villain of villains.

To capitalize on the ‘personal’ angle that Mendes milked so beautifully in Skyfall, this time too there is a personal vendetta but one that doesn’t make much sense nor does it seem relevant to the plot. It feels like the writers John Logan, Purvis and Wade just had to make it personal for Bond because it worked the previous time and generated money. The film therefore plays out like a product of a massive focus group discussion and cynical market research than a Bond movie made by a bunch of genuine Bond fans.

Post the Austin Powers movies, Bond films that take themselves too seriously often come across as ludicrous. The clichéd, overtly contrived torture weapon made by a sneering villain is laughably bad. More hilarious than that is the fact that such a big mastermind of masterminds forgets to check if there’s some small strap that Bond can escape with.

The much hyped Monica Bellucci cameo gets over in a flash and Lea Seydoux is quite embarrassingly hammy as yet another Bond girl who falls desperate in love with Bond after hanging out with him for two scenes.
While Craig is still as classy as ever, Waltz’s big bad villain suffers from the same fate as Cumberbatch’s reveal in Star Trek Into Darkness. Even those who can’t figure out his identity will be left cold as to what the purpose of positioning the villain as the unstoppable, invincible force was, especially with the ease with which he gets taken down in the end.

There’s a whole section where Oberhauser spends time in the shadows, whispering in people’s ears to maintain anonymity, and later simply prances around in bright light simply telling Bond all his plans – it just doesn’t compute. The only truly admirable aspect of Spectre is the cinematography by Hoyte Van Hoytema – though even that pales in comparison to Deakins’ work in Skyfall.
Posted by Penfreak at November 22, 2015