It's Time That I Speak- A Future Doctor's Insight 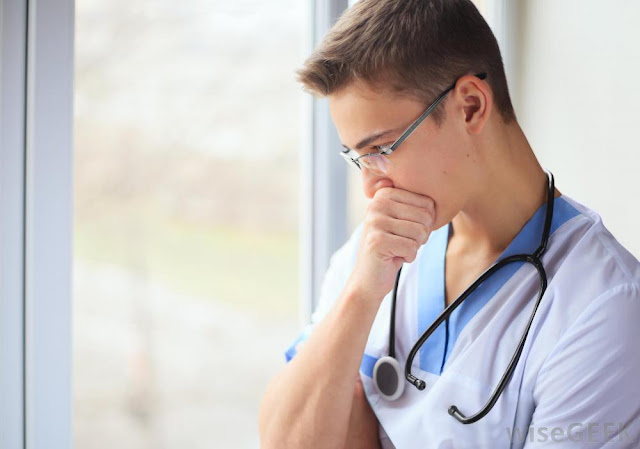 And today I am gonna speak. And I am gonna speak out loud. Call it a rant, a punch on the face of those involved, an emotional outburst or whatever you name it. But this thing has to stop.

Just a week ago in Kerala, Nov 12 2017 to be precise, we had a mob of about 15 people mercilessly beating the Medical Superintendent, Facility Manager and 2 Lab technicians at a Government hospital in Thiruvananthapuram, whose CCTV footage has been doing the rounds on social media forums. I happened to see the clip via Facebook one fine morning and more than the video it was some of the comments that saddened me. You had hate comments pouring by the plenty. People who dont even know what actually happened nor were present in the scene are coming out there in public and offering "advice" as to how doctors should conduct themselves and some of them even going to the extent of saying that they should have beaten those doctors even more. Such pathetic is the mindset of some people. How in the name of God are they even trying to defend such a barbaric act. You speak of technology, advancements, artificial intelligence but dont even have the faintest bit of humanity left and where was your little intelligent brain before you went out on a rampage on the doctors. These are the skilled few who have put years of hard work into becoming what they are today and driven by the pursuit to do good for the community. Many chose this profession while some were pushed into it but once they emerged out of medical school, they stepped out into the world with a conviction that they would be an asset to the society.

I am a medical student too. And I entered the gates of my institution with a dream. The dream to be a doctor, and a good one. I see my friends of other streams enjoying, having vacations and tours. But I have learned to be pleased in the confines of the limitations of our line. We don't have any sort of month-long winter or summer vacations. Nor do we have any fancy luxuries. We learnt from the beginning that this is a highly responsible profession. Its more than a profession. You try to fix God's finest creation. A millimetre incision can be the difference between chronic pain for a patient's limb and a properly functioning one. We just cant let our focus down for a bit. I had my labour room days and yes I realised and saw the true plight of the doctors. The residents, interns and the faculty members work day in and out to conduct the smooth functioning of the labour room. Little do they care about sleep or food. I have seen surgeries running even after the usual 2 and half hours allotted during our OT visits. And yes they run really long. Whenever in wards, the satisfaction of diagnosing and understanding a patient's condition is second to none. At least that's what I have learnt in my nascent career as a med student.

Then why?? Why don't the normal people understand this. A doctor's life is through struggles which he accepts as second nature. Pressure is something which has become part of routine life. And why don't we have securities for them. In the Thiruvananthapuram case too, the police arrived at the scene after 2 hours. What if the mob would have killed the doctors? What then? Few months ago, we had a similar incident in March 2017 where a resident Orthopaedic doctor of Government Medical College, Dhule, Maharashtra was beaten black and blue by a mob of about 20 men. Reports state that the doctor had suffered multiple injuries his abdomen, chest and head. He also lost vision in one eye. This guy had such a bright career ahead of him only to be cut short by such an incident. Now tell me, who will compensate for him? And how can you even compensate? We are talking of human resource, not just a piece of gold. And to those who say what's the need for security, I say we need security. If our mere existence is threatened how on Earth can we work peacefully. They say a calm mind makes the best decisions. A doctor's decisions too is what defines him. And for this peace of mind, we do need the basic minimum support. Its not an appeal but a request to government or authorities or whoever concerned. But just think, what is more precious than the lives of your loved ones. A bungalow? A car? Never. A car is only good if that can rush someone in need to a hospital. Doctors sacrifice the pleasures and luxuries of life only to make that smile on your faces stay. Because we know that a hand supports a man. And that man stands for his family. We care for you.

No matter if my clothes are torn or I may not have money in my pockets but I will still be the richest man. And if somebody asks me "What do you do?", I will smile, broaden my shoulders and speak like a lion- "I am a doctor."