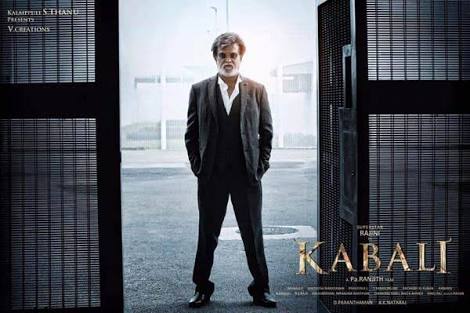 Rajnikanth starrer 'Kabali' has been creating storm worldwide. Starring Radhike Apte, Dhansika, Dinesh Ravi and Winston Chao in pivotal roles, this Pa- Ranjith directorial has been ruling the box office numbers, both domestically and internationally. "This is Rajnikanth's biggest release till date. His last two films- 'Lingaa' and 'Kochadaiyaan' have not performed so well. With 'Kabali', Rajnikanth has proved that he is, was and will be the Megastar", said a trade analyst.

However, it has received mixed reviews from the critics. Shubra Gupta, of The Indian Express rated it 1.5 and said that, "This was the time when Rajinikanth should have reinvented himself for his directors have long stopped bothering about plot and characterisation. For when Rajinikant is on and at it, who cares?". Hindustan Times rated it 3 and stated that, "Like every other such movie, there are revenge kills and fast-paced scenes that keep you on edge. But just as things start getting wild, an emotional drama starts and puts you in sleep mode. This start-stop nature of the film will be criticised and analysed in days to come."

The film's plot is as follows: Kabaliswaran aka Kabali is the firebrand leader of a group of Tamil indentured labour in the Malaysian rubber plantations. A skirmish between the owners and the labour turns into a tragedy, and Kabali transforms from regular guy into an grizzled gang-boss.

Talking about the film, The Indian Express said that, "There could have been something there, given the history. But the treatment is both half-baked and half-hearted. Despite it being shot in Malaysia (new locations), the arch-villain being a local (new face), and the superstar given not one but two pretty young women (Apte as wife, Dhansika as daughter) as adoring satellites, this bloated, overlong enterprise cannot hide the fact that the superstar is distinctly slower, less nimble on his feet, making the holes in the film much more visible."