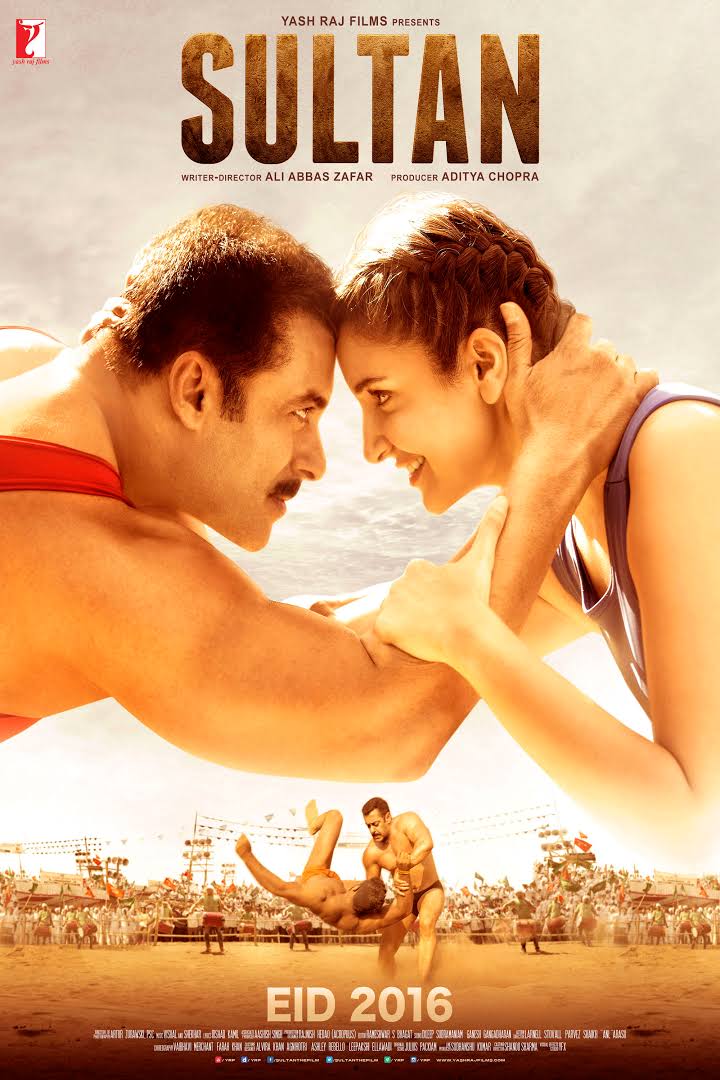 Salman Khan’s much anticipated film ‘Sultan’ hits the theatres today. With a screen count of over 4000 in India and 1100 in abroad, the film seems to be a propitious affair for the makers. The Eid release has always been a sure shot megahit for Salman at the box office. Given his inimitable stardom, a humongous advanced booking and a mid-week release, Sultan is a hit even before its release! But will it ‘hit’ the right chord with the audiences or will it be another forgettable mass entertainer?

Sultan Ali Khan (Khan), who runs a cable business in Haryana, falls for Aarfa (played by drop-dead gorgeous Anushka Sharma), a famous female wrestler. A chance meeting leads into love at first sight and soon, Sultan learns that she will marry only a wrestler. In order to be worthy of her, Sultan trains himself to become one of the finest wrestlers of the nation. The rest of the film traces Sultan’s rise and fall in life!

The best thing about Sultan is that it stays true to its character and blends Salman Khan with his character, unlike Khan’s previous movies in which characterization was done to amalgamate up to Salman’s persona. The story is clichéd, predictable but thoroughly entertaining. The screenplay (written by Aditya Chopra), loaded with drama, action and forced humour, could have been much better but nevertheless, it will not disappoint you. Except for the supposed-to-be-funny scenes, the film does have its moments. The first half is out-and-out entertaining but the second half is somewhat dragged.  The fight sequences fail to be edgy but are still better than those which Bollywood has witnessed since ages. The dialogues are sometimes tacky, but a few dialogues are indeed inspiring.

Salman Khan, who plays the titular role, has indeed challenged himself as an actor, as said by his director in one of his interviews. To get that type of physique is truly laudable. He emotes with utmost sincerity and delivers one of his best performances.  However, his ‘best’ is not good enough! He fails to get his accent right and in many scenes, he struggles to emote. Hope he overcomes his limitations in the years to come. Anushka Sharma delivers a power-packed performance and impresses us with her tremendous screen presence. Randeep Hooda, as the coach, leaves his mark despite a lesser screen time. Amit Sadh, as the owner of a Martial Arts Team, does a fine job. Other actors ably support the lead pair.

The Cinematographer splendidly captures the heart and soul of the desi akhadas and does an excellent job with his lens. The editing, however, could have been much sharper and a few of those ‘snail-paced’ scenes could have been trimmed off well. A running time of 170 mins could have been easily avoided!

Director Ali Abbas Zafar does an excellent job, once again. He brings out the best of his lead actor and succeeds to tame his acting skills. Most importantly, he delivers a power-packed film, depite the limitations of its script!

3 stars for the film and 0.5 to Salman for daring to act in a movie like this; a movie which required him to showcase his acting mettle!

Final Verdict- A great ‘Eidi’ by Khan to all his fan. Others won’t regret watching it once, atleast!
Posted by Penfreak at July 06, 2016