Fantastic Beasts 2 - the new entry in the Pottertown

(An honest review by a potterhead) 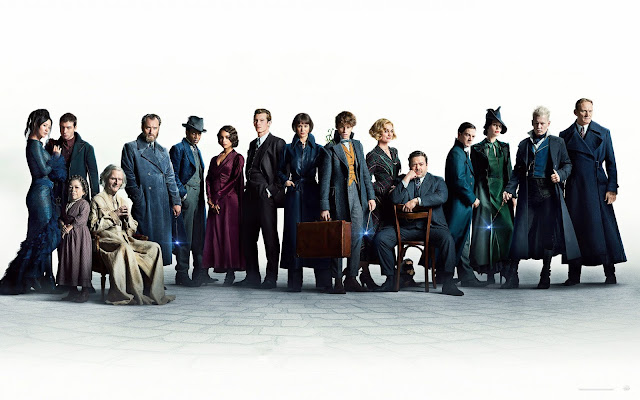 After a wait of almost 2 years, the new Fantastic Beasts movie is out. And boy! Potterheads cannot help but be ecstasized. But wait! Does the movie really live upto all the hype and expectations around it? Or is it all show and no go?

The story starts with an escape sequence. Things get a bit hazy (thanks to the overpowering CGI), but I guess you already know whose escape we are talking about here - Grindelwald's of course. What follows next is a whole 2 hours long saga of one character searching another for some particular reason (well, that basically is the crux of the movie). And of course, there are a few classic Rowling-styled twists coming towards the end!

The movie definitely has faults. But everything is not all gloom and doom. I, for one, thought that the actors did real justice to the roles (inspite of crappy writing). Dumbledore was fantastic (and really Dumbledore-ish) and one cannot think of any other actor other than Jude Law for the role. Grindelwald, as a villain, leaves an impact with his seductive manouever and exotic mannerism. Newt Scamander is a treat to watch, with his social awkwardness that leads to some of the best humour sequences in the movie. Leta Lestrange is a character that was portrayed gracefully by Zoë Kravitz. Queenie was great as usual and Credance too did a great job. I am somewhat not sure what role did Tina and Jacob play here. Nicholas Flamel comes as a surprise package and so does Nagini (God! Isn't she beautiful?). 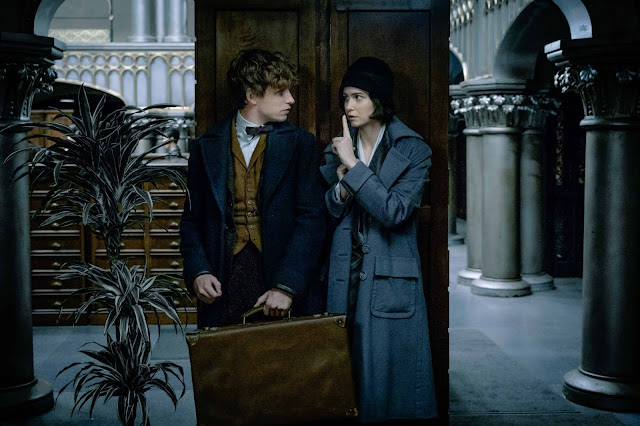 But a great cast cannot undo the poor writing and lack of proper direction. There were too many characters and none of them really connects with the audience. Character building was almost absent. The story too lacked any real purpose. The narration also seemed slow at times. Even hardcore potterheads will accept the fact that the film lacked the magic and glamour that the trailers had promised.

The movie tries too hard to make the potterfans nostalgic by throwing around bits from the original series - may it be the Hogwarts scenes, characters like McGonagall or just a view of the Ministry of Magic. Some of these do work - as apparent from the applauding theatre crowd. But most of these bits just seemed too forced. The special effects were wonderful at places and overpowering at times. The spell casting was fresh. And the beasts - they just stole the show (and we have baby Nifflers - can things get any cuter?).

To be honest, 'The Crimes of Grindelwald' felt more like a preface to the upcoming movies and not a stand-alone movie. Rowling too definitely needs to stop extrapolating the story so much that her loyal followers begin to hate her.

I am a hardcore potterhead and I am going with a generous 3 stars for the movie.
Posted by Penfreak at November 16, 2018