BULLET FOR MY FRIEND 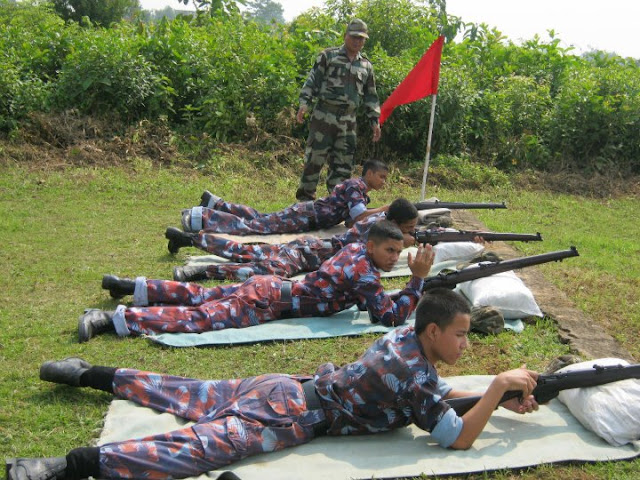 It was our forensic science lecture, the most awaited lecture of the week for those who love crime stories suspense and thriller movies, for which they can connect a little with the subject and above all a person like me who like to watch crime patrol series and formulate the climax before the cops could reach it.

Above all this subject connects me, this is what I feel and it many a times took me to my old golden days.

One such day, our Professor was giving a lecture on the topic “FIRE ARMS” dealing with guns, cartridges, bullets and all other stuffs related to it. While gluing my eyes to Sir’s slides on the screen and ears tuned to sirs words, ".303" this word extract of sir’s lecture hit my gray matter  at an instant and took me to some other world, the world which I lived a few years back. I could not stop smiling to myself, being in a state of utopia, though for a moment keeping myself off from sir’s eyes. “.303”, I thought, I remembered and again I smiled to myself.

.303 rifle is of British origin, in service since 1889. It got its name from its bullet’s diameter, .303 of an inch or 7.92 mm. Used in many historically significant wars such as Boer Wars, World Wars etc. But more than these it's an indispensable part of Sainik school and NCC days; the firing range, firing target , those odious scolding of the drill instructor, collecting shells and sometimes the crushed bullet from the fired wall, the days worth cherishing.

It was the period when Orkut and other social networks were gaining pace and popularity especially among the youths. It was replacing our anarchic ways of expression. Posting photos of our camps with camouflaged uniform became a trend as it makes us different from other people on those sites. So taking pictures of camp days with tents and forest on background, camouflaged clothes guarding  our body and of course guns on hand was a kind of a mandatory craze for everyone.

I too was not spared by the endemic, I suffered the same "click pic" syndrome. Things became so horrible that focusing towards the camera gained more importance than focusing on targets.

So one fine day, when it was our section’s turn for firing, we equipped ourselves with all the necessary items required for the day viz.. our .303 gun, bullets, targets and headed towards the firing range. Some of my click pic affected friends packed themselves with cameras as it was the paracetamol for this fever.

After a short wait and practicing in blank imaginary targets, it was our turn to fire. “Take your position” was the call of our drill instructor. I laid down on the mat aiming towards the target with my .303 gun. Meanwhile my closest friend of that moment Sunny was ready to capture me in action with his camera. We had a deal, to click each other in action as both were patients of click pic. “GOLI BHAAR” was the second command of our drill instructor making us load bullets in the gun. We were ready to fire as well as to pose to get captured in the camera. I was looking at Sunny's camera and suddenly I heard “FIRE”, the call of the instructor. In dire moment I pulled the trigger and the bullet sprang out of the barrel landing near Sunny’s feet instead of the target. Jumping and trembling with fear he kept humming “O MA, O MA BASILU”. I didn’t have any idea when the barrel turned towards the camera lenses along with my eyes. Thanking almighty was the only thing I could do at the moment for not creating a grave situation.

I didn’t have a Valentine then and my fate took it so seriously that it changed the name of BULLET FOR MY VALENTINE , a trending band of the time, to BULLET FOR MY FRIEND just to honour my episode.

After this episode ,it was our turn to face the music, the lashes of cane stick, rolling on the ground ,frog jumps and of course the odious scolding of instructor. All these was not enough, "CADET ANOWAR HUSSAIN AWARDED EXTRA DRILL FOR 3 DAYS" was the top headline in the house/hostel notice board. Getting an extra drill was considered a curse in our school; it is a trailer of how hell could be. Running for 2.5 kms holding SLR rifle above head, rolling on pitched roads, push ups and whatever stuff that came into our PTI and Drill instructors mind, making us bath in sweats and cramps all over the body.

After all these Typhoon I came across, I got cured of the syndrome and sweared never to get affected by it again and also if possible to create an awareness about its consequences. Afterall being social on social networks is ok but showing off is/was/will never be ok and I learned it to the core.
Posted by Penfreak at December 11, 2015