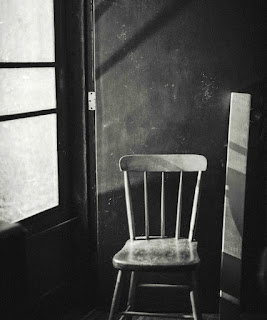 The day started a little early than as usual, the morning clearance, breakfast, everything, but even after being a non-morning fellow, I was happy about this early morning. Today is the day we visit my ancestral village. For us it was to verify my SCIENCE BOOK Teachings, i.e. ‘VILLAGES HAVE KUTCHHA HOUSES’ and many others for my parents. It was a break from their chained life & rejoice & celebrate the memories they have away. Those trees, river banks, their primary school, everything they could relate.

Placed in the veranda, the wooden material is the centre of attraction for discussing issues related to the people of the village, whether to solve a family fued or elope cases, it was an ultimate solace for judgements. The chair belonged to my grandpa, fondly called ‘Dadu’. Dadu was the village headmen. I always see them discussing and solving issues of people under his command. He was nearly glued 24x7 into the chair, I used to get jealous of the chair. In the war between me & the chair to get Dadu’s time & attention, the chair always won. When I complained to Dadu about it, the only reply I got was, the ‘CHAIR IS MORE IMPORTANT’. I humbly accepted my defeat and decided to leave Dadu’s time with the chair, getting up and becoming tall became my hobby, by this I was able to stay near Dadu. Along with Dadu & the chair I too became the talk of the village, every one called Baba or babu, the Head Guardian, I enjoyed each attention I got, along with Doi, chira and mithais, which they brought for me (may be to bribe Dadu, to get favours in conflicts, who cares). As the days passed, I become more close to the chair, I used to clean it, washed it and sprayed rose water for
fragrance and made Dadu attain his royal Shinghasan. It became my tool of amusement, when the meetings were over, I used to act as Dadu, giving orders and resolving feuds of imaginary people around me and they accepted without any questions.

Days have been hectic, the same routine of pleasing boss, projects, tours, clients, I need a little break. As I was zeroing on how to utilize my break, my eyes fell on the office’s plastic chair. It has been years and didn’t visit my dadu’s place, the fragrance of rose water, the green fields, the Shinghasan, my Dadu’s chair.

As I travelled through the village, I saw the same fields, I used to play, the ‘imli ka ped’ I used to climb, the roadside marble game , addas, the village pond, where I used to fish, everything seemed same. All my memories came back as a flashback, then I reached Dadu’s house, everything was same. The old fragrance, the paints. But I found the chair dusty, the rose water scent was gone. No more people around it with their feuds, it became too fragile to let me climb it, nor could I sit on it.

My Dadu was no more, he passed away, few years back. His ill and fragile health couldn’t take him go long. He wanted me to be with him in his last days, but I couldn’t be there, thanks to my chained life. With dadu, the chair lost its value. Now it is no more a Shinghasan, but a mere chair, ‘THE EMPTY CHAIR’. Fragile and weak, a host of termites.