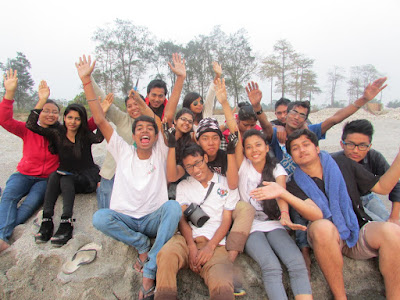 It is believed that we have evolved from apes, an alteration or "defect"  in our genes that pushed our ancestors to take a different path of evolution, thus landing us where we are. This defect has pushed us quite astray from other cousins of ours. While they are still running wild in the jungles (and some in zoos), this species, technically termed as Homo sapiens, just went out of their way to proclaim themselves as the master of this planet. And after one million years of evolution here we stand, calling ourselves the Human Beings and indulging in almost every inhuman task possible.

When I was in primary school we were told that human beings are social animals. That means unlike other animals that are concerned only of eating and mating, we humans have other concerns, most of these concepts being invented by us. Just as hyenas, we live in packs, where every member has an important role to play. But since we are social beings, the pack was termed as society, I guess. And, with time, developed all those over the top complicated systems that define our societies today. We developed terminologies, rules, positions in the pack (read society) that were to define our “society”. One such position or relation is Friend.

Almost all of us have friends- at least we think we do. Friends are quite integral part of our life, sometimes influencing our lives to an extent that is not quite acceptable to our family. Now I don’t think I need to go on about describing what friend and friendship is all about. There are tons of books, songs, clips, whatsapp videos etc, etc that have immortalized the bonds of friendship. So rather let’s get directly to the core of the topic-(drum roll please): Does friendship really exist, or is it just another myth which we don’t want to acknowledge as one???

As we go from one phase of life to another, we get different set of "friends." From chocolate sharing wala to the peg sharing wala friend, we have seen them all. But how many of them remains in touch with us as we move on with our life. In this materialistic world it doesn't take much of a time for relations to turn sour. Everyone guards their egos with their life and this in turn has taken toil on our social lives. Friendship is no longer a sacred bond that was epitomized by Shree Krishna and Sudhama in The Mahabharata. In most of the cases today, friendship is that union among individuals that exist may be because of a common passion, hatred or maybe just for thrill. No doubt even today we find tales of friendship which have moved many to tears. But such friendship is as rare as the four leafed clover-you are lucky if you find one. In today's world you are welcome in a place as long as you are profitable to it.

So what shall we do? Should we pass our whole life in complete solitude, not accepting any friendship proposals? Should we shut ourselves from all the fun and adventure that the life throws at us? NO. Rather, embrace everything that life throws at you, accepting life as it goes on, but with caution. Get into relationships, and give your best in it. Let's not worry about others role in it. Make sure that you do complete justice to the bond that you have established. And even after that if it doesn't work out, be strong enough to move on, for the menu of life has tons of desserts and it would be a shame if you miss any. So is friendship a mirage?? Maybe no. Maybe yes, but at times of great despair, even a mirage can give us that impulse to continue on which may be life saving. So live your life full on, make new friends, party hard, laugh harder, help everyone without expecting any thing in return .  Good luck