5 reasons why Pink is a ‘must-watch’ movie this weekend 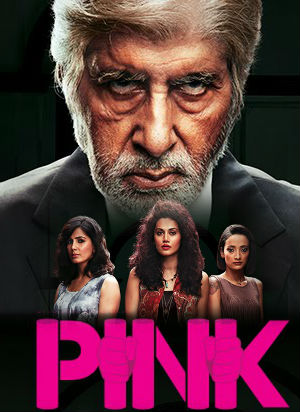 Extroversion is a crime; a crime for women in India. And for a place like India, ‘Pink’ is a befitting reply to all those raised eyebrows judging a women’s character by her clothes and personality. Here are five reasons why Pink is a ‘must-watch’ movie this weekend:


1) A Simple, yet Powerful Concept:

What works in the favour of Pink is its simple, yet powerful concept- Three young, independent women, Meenal (Taapsee Pannu), Falak (Kirti Kulhari) and Andrea (Andrea Tariang) live together somewhere in Delhi. Their world turns upside-down when they visit a rock concert in Surajkund, where they meet three men, Rajveer (Angad Bedi), Dumpy (Raashul Tandon) and Vishwa (Tusshar Pandey).  Rajveer tries to molest Meenal, despite her defiance and in return, she hits him with a bottle. The girls now have to face the wrath of these three rich, influential men, who will go to any extent to prove them guilty. Will the girls be able to punish the culprit?

The story is simple, yet powerful. It talks of real women, living in this orthodox society, facing real-life problems. The screenplay is taut and fast-paced and never lets you keep your eyes off the screen. Hats off to the writers for pulling it off so well! 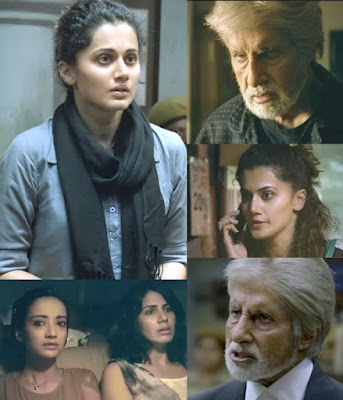 This film delivers a strong social message which comes across very well in its two hours runtime. It puts a question mark on the society, which judges a girl’s character by her dress and personality. Every girl who is outgoing, extrovert, wears short skirts and drinks alcohol is labeled as ‘slut’. But does it mean that she is hinting at you to rape her? This is left for the audiences to answer.

The movie also talks of the plight of North-Eastern girls in Delhi- something which has been much talked of, but rarely depicted in a Bollywood movie. Once again, credit goes to the writers! 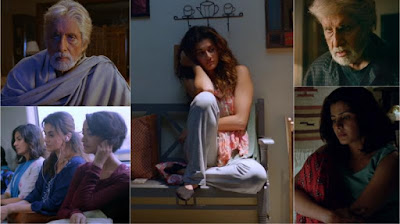 The best part about ‘Pink’ is its three lead actors, who deliver a stunning performance. Taapsee Pannu, Kirti Kulhari and Andrea Tariang- all three of them do great justice to their roles. It would be difficult to rate the best among the three, but I would choose Kirti Kulhari as my favourite. Her breakdown scene during the trials was one of the most memorable scenes of the film. Amitabh Bachchan, as the lawyer suffering from some mental disorder, is spot-on. Among the boys, Angad Bedi and Vijay Varma show immense promise and their act is sure to boil your blood! 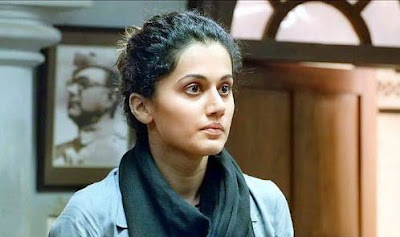 We have seen enough of courtroom drama this year- be it Rustom or Azhar.  But none can match the standard set by Pink. It’s not merely a make-believe drama, but instead it follows a much realistic approach. The second half, which is set entirely in the courtroom, is highly intriguing. Kudos to the Art Direction for such a brilliant set-up and to the actors, for their power-packed performances! 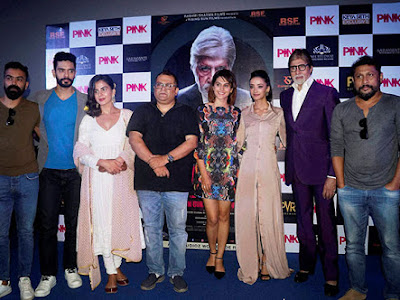 The hand-held Camera-Work used in Pink makes the film highly believable. Add to it the subtle background score, which suits the mood of the film perfectly. These fine technicalities make the film even more refined!