Art and mysteries of the flamboyant spin bowling

Spin bowling is believed to be an lethal attack of bowling when executed in its perfection. A batsman’s worst nightmare is there with spin attack, even the best technically sound batsmen needs to sweat it hard at it. Here are some variations and techniques used to master the best deliveries of spin department. 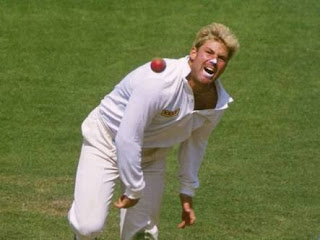 Technique: Here ball is placed in hand with seam parallel to the palm. The first two fingers are used to spread and grip the ball. 3rd and 4th fingers are closed together and rest against side of the ball. 3rd finger is the main finger that apply most spin in anticlockwise manner. It is one of the most difficult ball to play and requires a perfect technique to play shots against it.
Directions: From right to left in a right handed batsmen. 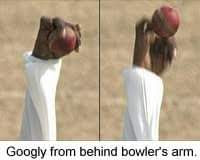 Technique: There is clockwise spin bending the ball sharply from leg spin position. There should be maximal pronation of the forearm with inward rotation of the shoulder. It spins inside after pitching with a flighted delivery. It is one of the most confused delivery to read off a spinners hand.
Inventor: Bernard Bosanquet is credited to discover googly. It is a variation of leg spinner. 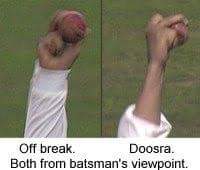 Technique: it comes faster without spin and in direction opposite from a normal off spin. It is a variation of off spinner.
Inventor: Saqlain Mushtaq is credited with the discovery of doosra and muralitharan is known to master it. While Harbhajan Singh and Saeed Ajmal had a lot of success enjoying it. 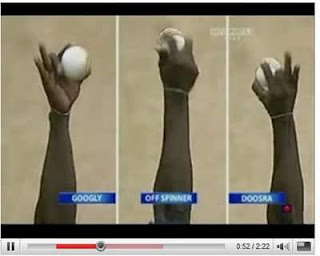 Technique: It is a backspinner swapped by thumb,1st and 2nd finger. The backward spin causes it to skid on fast and low after pitching. It is generally bowled by a leggie. It is one of the most difficult deliveries to get a batsmen trap LBW.
Anil Kumble was the master of flipper. 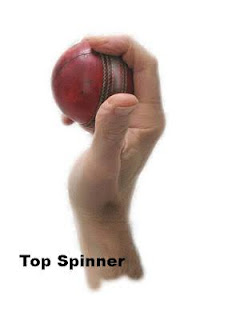 Technique: Ball drops shorter , falls faster and bounces higher than expectation with a loopy trajectory. There is dip and extra bounce enough to deceive a batsmen. The back of the hand faces cover region and palm faces mid wicket.

Technique: It is thrown by flicking it between the thumb and bent middle finger.
Inventor: Jack iversion has the credit of using it and then mastered by Ajantha Mendis in 2008 and now by Ashwin. 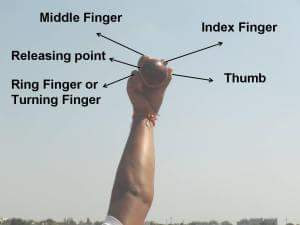 Technique: it is bowled using a scramble seam, not spinning in the direction of seam. There is mixture of sidespin and backspin with less effect in flight and bounce. It skids or may turn a small amount to hit straight at the batsmen either to trap his leg or take the edge.
Inventor: Doug Ring has the credit to teach Richie Beanaud the art of slider to make it a deadly delivery against best batsmen of old era. 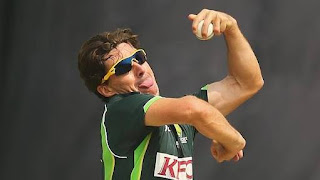 Technique: There is wrist torsion and ball moves inward onto a right hander.
Inventor: Ellis Puss Achong, player of Chinese origin in West indies team got the stumps of Walter Robins of England. A surprised Robins replied the umpire with the words:" Fancy being done by a bloody chinamen. "
It was mastered by Garfield Sobers and Brad Hogg. 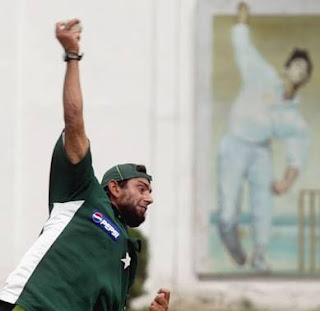 It is a backspinner disguised as a offspiner.
Saqlain Mushtaq claims to invent it while Saeed Ajmal has all the credit to art it's perfection.
Posted by Penfreak at September 21, 2016