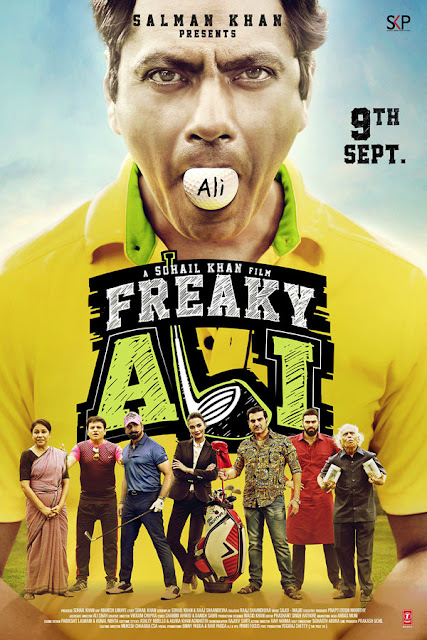 From being a pickpocket in Munna Bhai M.B.B.S  to a solo lead in Freaky Ali, Nawazuddin Siddiqui’s journey in Bollywood has been one of rags to riches. He has proved his worth time and again. And with Freaky Ali, he once again proves the fact that his acting mettle can overcome any limitations of the script.


Freaky Ali portrays the journey of Ali (Siddiqui) who is a salesman at an undergarments shop. He gets fired from his job and then he takes to extortion. However, soon he realizes his golfing potential. The rest of the film depicts his journey and struggle as a golfer.

The screenplay of the film is a major let-down, especially the first half. The plot is cliched, predictable and gives a 80’s feel to the viewers. It is only towards the second half that the film gets interesting. Some of the one-liners are hilarious and are sure to tickle your bone!

The best thing about Freaky Ali is its lead star, Nawaz. He delivers a nuanced performance as Ali. He gets into the flesh of his character and shines in the titular role. Amy Jackson adds glamour to her role, but doesn’t get to perform much in terms of acting. Jas Arora and Nikitan Dheer, as the antagonist, prove that they are the king of ‘OTT’. They simply subdue the proceedings with their over-the-top performance and fail to leave any impression. Other actors lend good support.

Sohail Khan’s direction can best be described as mediocre. Only if he could get a better screenplay and some fine production values backing him, the movie would have been a few notches higher than what it actually is.