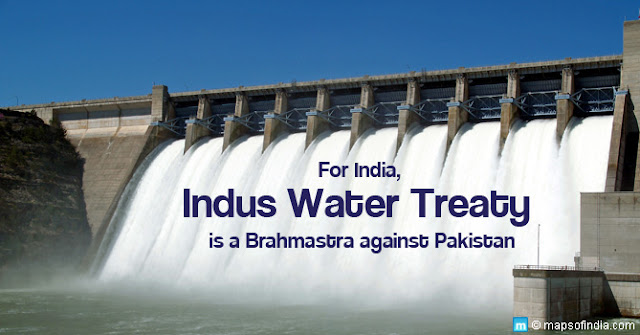 Some philosophers believe that world war 3 would be fought over water, signs and examples of which are available in abundance all over the world. Be it water wars in the middle east or inter state cold war in India, it is well understood that water sharing can be a cause of tension, rioting and even war! But who would have thought that arch rivals India and Pakistan who have countless reasons to go into war, will have one of the best and most peaceful water sharing policy in the world- The Indus Water Treaty of 1960.

After the dastardly attack on Indian soldiers in Uri while they were changing shift, there is war hysteria prevailing in India with many people believing that India must declare war on terror state of Pakistan. However, conventional war is not always a solution in the 21st century as most countries have sophisticated military including Pakistan and any war irrespective of result will hurt both the parties in terms of loss of life and economic losses. Globalisation has ensured that any conflict in any part of the world will have repercussions all over and hence countries will take sides and try to prevent such a war.  Thankfully, the fastest developing economy of the world has other alternatives to deal with the menace of Pakistan, one of which is to suspend the Indus water treaty. Another shocker of a fact is that India hasn't even considered such an option in the past ever, infact India kept the treaty intact  even during 1971 and 1999 wars with Pakistan- such a champion of human rights!

Many believe the time has come to choke Pakistan and what can be more effective way of blackmail than water? We can ask them to stop terror camps and funding in order to keep getting water from Indus rivers and contain their vicious agenda against India, stop their intervention in Kashmir and regulate the Indus water equally in both India and Pakistan. This way our army won’t have to cross LoC, prevent war casualties and discipline Pakistan. The current treaty is highly skewed in Pakistan’s side and our claim is not serious about it. As per the treaty India can have rights over the eastern rivers- Beas, Ravi and Sutlej while Pakistan has full rights on western rivers- Indus, Chenab and Jhelum. The treaty was signed in Karachi on 19 September 1960 by then Prime Minister Nehru and Pak president Ayub Khan. Although all the rivers flow through India first, Pakistan was given considerable share and aid to develop canals in a 10 year period in which India supplied extra water and compensation too. As per the treaty, India can use the water for irrigation, transport or building projects but maintain uninterrupted supply to Pakistan. By numbers, India gets only 20 % of the total water of the Indus rivers. 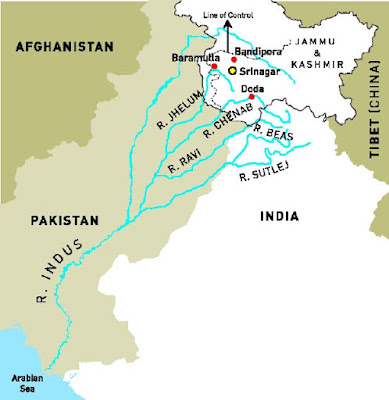 For the first time in History, it is under a review by the Indian govt with PM holding a meeting today to discuss the treaty. India has an option to suspend the treaty denying Pakistan it's share or to maximise the use of water of Indus rivers by dams for power generation. Let us have a look on the pros and cons of any such move-

India has an upper hand on the issue but needs to be very cautious before taking any serious measure as it may backfire.