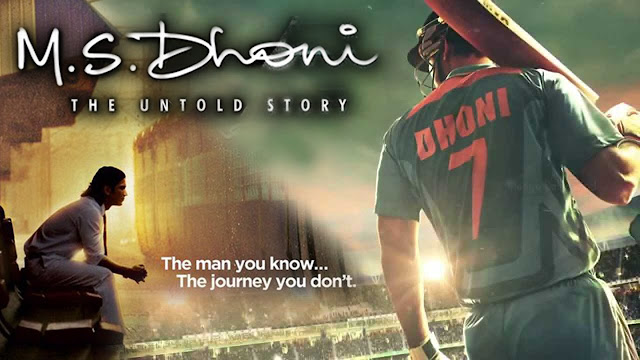 All the Cricket Buffs out there, brace yourself up! The biopic of India’s Captain Cool finally hits the screens and there could not have been a better reason to throng the theatres this weekend. Whether or not the movie is one of the best movies that could have ever been made on the life of the celebrated Indian Cricketer is still a debatable issue, but it certainly is the most honest and factual among the handful of sports biopic made in India.

A young goalkeeper Mahi (Sushant Singh Rajput) is spotted by his school’s Cricket Coach (Rajesh Sharma), who handpicks him as the wicket-keeper for the school team. Thus begins the journey of Mahendra Singh Dhoni, the child who, everyone knew, would one day become a ‘game-changer’. Despite being constantly asked by his father (Anupam Kher) to focus on studies and get settled in a Government job, Mahi’s sheer determination and ‘love for the game’ gets him going. The rest of the film touches on the ‘untold’ aspects of the Cricketer’s life, coming to an end with the 2011 World Cup win.

The story is not at all flawless, but who looks out for flaws when you are watching the life of Captain Cool on Silver Screen.  As said by a CricBuff, the movie is not just a story; it is what every Indian child has grown up watching. And this is exactly what works in the favour of the film. The movie touches on the sentiments of millions of Indians; people who not just watch, but celebrate cricket. The first half focuses on Dhoni’s childhood and adolescence and the second half on his hitch as India’s Cricket Legend. While the first half is inspiring and has a hummable track (Besabriyaan), with a few repetitive scenes, it is the second half which will touch your emotions. The larger than life footages of the various matches, ably supported by some fine editing will make you nostalgic. The sprouting romance between our hero and the two ladies- Priyanka and Sakshi is brief, but well executed. However, the real cause of worry is the excruciating pain in the ass you will suffer from, after sitting throughout the 3 hours 10 mins runtime, which could have been easily avoided. Barring a few scenes which are abruptly done with, the rest of the film is thoroughly entertaining and justifies its title- ‘the untold story’

Sushant Singh Rajput, who is inconspicuously making his mark among the young brigade of Bollywood, might give the ‘A-listers’ a run for their money. The casting team is whom I would like to thank first; for deciding to cast SSR instead of some Khan, Kapoor, or for that matter some Dhawan and for giving us a Yuvi look-alike (Harry Tangri). Rajput is phenomenal in the role of M.S. Dhoni. With the perfect tone, techniques and the right emotions, he completely justifies the character he is playing on screen. This film might just increase his fan base tremendously. Anupam Kher, who plays his father (It is for the first time that Kher and SSR are working together) is completely believable in his character. The ladies, who appear quite late in the film, emote well despite a brief role.

This is not Neeraj Pandey’s best directorial film, but instead the smartest one, I would say. Although there was still room for improvement, but nevertheless he succeeds in directing a fine biopic, which is entertaining as well as factual. Mind-blowing collections guaranteed!

P.S:The film, in no way, glorifies Dhoni. Also, it doesn’t deal with any controversial issue.

5 reasons why Pink is a 'must-watch' movie this weekend