A Rendezvous With The Police Commissioner of Guwahati: H.C. Nath, IPS

On 26 August,2016, Hiren Chandra Nath, an IPS officer of the Assam-Meghalaya batch of 1996 took charge as the new Police Commissioner of Guwahati succeeding senior IPS officer Mukesh Agarwal. Recently, Penfreak had the opportunity to interview him. Here are the excerpts from the interview... 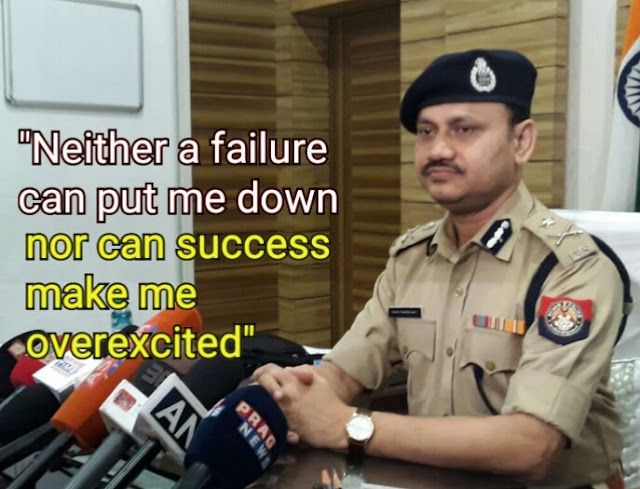 Sir, many many congratulations on becoming the Police Commissioner of the city. We wish you a very successful tenure. We would like to state that its an honour conducting this interview with you. We hope this endeavour turns fruitful.

Penfreak: How would you describe a typical day of a police commissioner ?

Police Commissioner (PC): Thank you very much for your best wishes.

"Uneasy lies the head which wears the crown"- thus goes an English saying. A typical day of a Commissioner of Police is obviously very hectic and full of minute to minute engagements. It starts with a "Wake up call" from the "City Police Control Room" followed by another call from "Dial 100 Control Room". They will inform me regarding the important incidents or crimes or arrests or detentions by police in the city during the night. After that with my morning chores and little bit of free hand and breathing exercise I get ready for the meetings or office work. As mentioned, the day's engagement is very hectic and at times meeting continues till late in the evening. There may be number of visitors or press or media persons in my office. Most of my staff meetings are held at late in the evenings. At night if I am little bit free, I go for a round in the city.

Thus, though its a very hectic day, but it gives me a sense of fulfillment as I am fully engaged in the service of the citizens.

Penfreak: How do you cope with such a busy schedule? What keeps you going throughout the day?

Police Commissioner (PC) : A positive attitude towards life and your duty will definitely help you to march forward in a busy and hectic schedule like that of a Police Commissioner. I don't allow negative things to overpower me. Healthy food and healthy life style with adequate physical activity, prioritization of your daily works is also another important aspect to keep you ready for the important engagements of the day. Whenever I get little bit free time, I make it a point to spend this as a quality time with my children which is like fresh oxygen to me.

Penfreak:  With such long working hours, how do you manage your family life? Besides, you must be very proud of your daughter whom we know as a medical student. 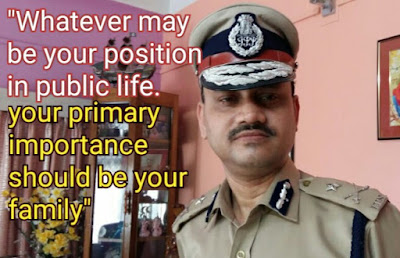 PC :Family is very important for all of us. Whatever may be your position in public life, your primary importance should be your family. Many a times though I failed to attend the important works of the family but fortunately, I have a very understanding wife and 2 wonderful children. My wife, Meenakshi being a civil servant herself understands the importance of public service and never pressurizes me for any family matters. I always try to keep a balance between family matters and official engagements. Ya, I am very much proud of my daughter Angana who is a medical student of GMCH. My prayer like any other father is that she is not carried away by the permissiveness of the present day society and grows up as a responsible citizen of this country.

Penfreak: Could you tell us about your childhood. Who were you influenced by most during that period?

PC: I had a mixed reaction about my childhood. I was born in a rich and respectable family but due to circumstances and turns of events my family had to pass through very hard times. But this could not bother me and I stuck to my aims and hard work. Swami Vivekananda had a great influence on me. Of course i was more attracted to his glorification of ancient India and work culture (Karma Yoga). I used to read Ramayana, Mahabharata and stories of Panchatantra with great interest. Apart from my studies I used to do household chores without any grudge.

Penfreak: Could you tell us about your time in Cotton College?

Penfreak: Was there any specific moment in your life which you would describe as a turning point?

PC: My life is full of ups and downs but as I stated earlier, I never allow negative things to overpower me. Neither a failure can put me down nor can success make me overexcited. However, my daughter's selection for MBBS in her first attempt was really a joyful moment for all of us.


Penfreak: Did you always want to join the Civil Services? When did you start preparing for it?

PC: I had a craze for Civil Services right from my student days but I knew my limitations too. Therefore, I took lot of precautions. Immediately after completion of P.G. from Guwahati University, I got a job in Cotton College as a lecturer but due to certain developments I decided to leave the job of teaching and started preparing for the Civil Services. At that time there was no atmosphere in Guwahati for preparing for the Civil Services. Everybody suggested me to go to Delhi and take some coaching but there was certain problem for which I could not go to Delhi. In such a situation I took it as a challenge that why one can't get into Civil Services by studying in Guwahati itself.
My preparation for the Civil Services was quite long. I studied in an Assamese medium school with very limited exposure to the outside world. From my school time I used to listen to the radio programmes, news bulletin and read newspapers or journals regularly. While studying in Cotton College I came to know there would be 2 optional subjects. Therefore I started studying my own subjects (Political Science) very thoroughly. For G.K. too i started preparation from the college days.

Penfreak: Could you share with us some tips for the aspiring candidates out there?

PC: (A) Study your college or university subjects very thoroughly so that you need not make extra labour during the Civil Services exam.
(B) For Indian history, Geography, General Science, etc. the CBSE class 11 and 12 text books are quite useful. there are a number of books on General Studies for the UPSC  which can be studied much before the actual exams. Read at least one English newspaper daily and a competitive magazine regularly and thoroughly, listen to radio bulletin and BBC World Services regularly. That will help improve your English speaking capabilities , vocabulary and diction. Interact with knowledgeable persons and try to learn more rather than wasting time in some cheap gossip and virtual world. I have found that excessive use of cell phones have a very degenerating effect.

Penfreak: How would you describe the present scenario in the state? Is Guwahati ready to tackle any major terrorist attack? 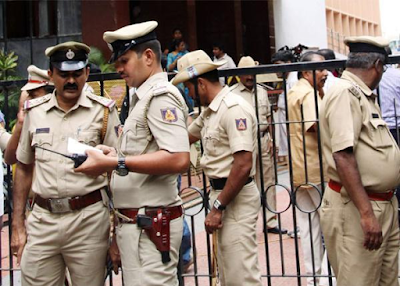 PC: Present law and order situation is one of the best in the state during the recent past. 2015 and 2016 are the most peaceful years in Assam during the last 2 decades. Yes, we are very much watchful and alert against any attempt of sabotage by any extremist or terrorist elements.

Penfreak: There are a lot of human trafficking cases being reported in Assam. What are the steps that have been taken to solve this problem?

PC: Lots of young people are going outside the state in search of jobs. They are basically from interior places and suffering from poverty. Police is very much watchful against all such agents who are alluring poverty stricken boys and girls to such anti-social activities.

Penfreak: There is a growing menace of drug abuse in the city. What are the steps to be taken to curb this menace?

PC: It is really a major concern for us. The menace of drug abuse is crippling the young generation. Police comes down very heavily against drug traders and users. For this mater we need active cooperation from citizens, guardians and NGOs. I am quite hopeful that with the active cooperation of the prudent section of the young generation, we will be able to get rid of this menace very soon.

Penfreak: Illegal immigration has become a big issue in the state. How do you think this problem should be controlled? 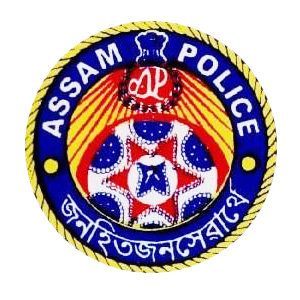 Penfreak: How would you describe your "Dream Assam"? What changes would you like to see in the society?

PC: Assam of my dream will be a most developed and most clean and green state of the country. My "Dream Assam" will be full of young, energetic, hard-working and enterprising young generation. There will be no poverty and no dependency on other. There will be 100% transparency in administration and which will be free from any kind of corruption. There will be absolute harmony among all categories of people irrespective of ethnic identity, language or religion.

Penfreak: Finally, any word of advice or encouragement for the youth?

PC: My advice to young generation is that there is no short-cut to success in life and there is no alternative to hard-work. Come out of the "virtual life" of mobile and other electronic gadgets and experiment with the practical life. Further celebrate the quality of life and don't allow negative things to overpower your indomitable spirit.


*A special vote of thanks to Angana Nath from Team Penfreak for facilitating the interview. Without her this would not have been possible.
*  Naba Raj Chetri and Pallab Dutta deserve special mention. Thank you guys very much for guiding  and helping me throughout the process.