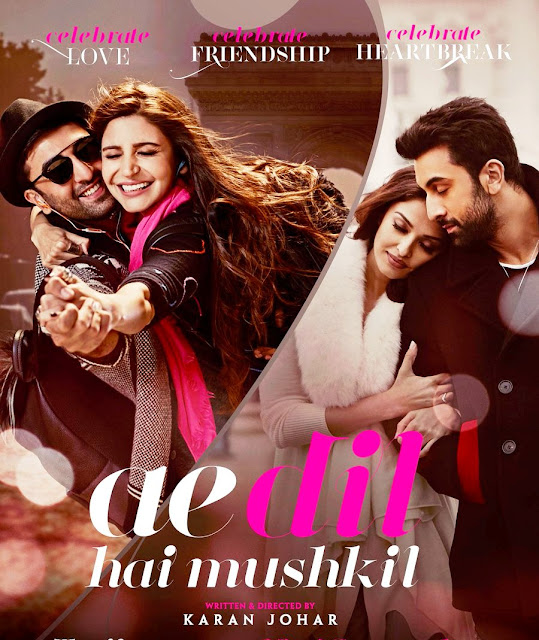 
Amidst all the nationalism driven controversies, Karan Johar’s much awaited directorial venture ‘Ae Dil Hai Mushkil’ hits the screens today. Not only is the film a vital project for KJo, who dons the director’s hat after a span of four years, it is a do-or-die situation for Ranbir Kapoor, who has been delivering back-to-back fiascoes for the last two years. Here’s our review of ADHM. Check it out!

The concept of ‘one-sided love’ has been done to death in Bollywood. Karan Johar’s latest outing serves the same old wine in a brand new bottle- exotic locations, stellar star-cast and flamboyant sets make up for a visual delight, which is the hallmark of Dharma Productions . The only difference is that this time around, the wine is tartish  and the bottle doesn’t  quite hold it well.

Ayan (Kapoor), a rich handsome lad, who aspires to be a singer, falls for Alizeh (Sharma), only to be ‘friendzoned’ by her. Unable to get over her past, Alizeh ties the knot with Ali (Khan) and Ayan finds solace in Saba (Bachchan). How destiny brings Ayan and Alizeh together forms the crux of the story. 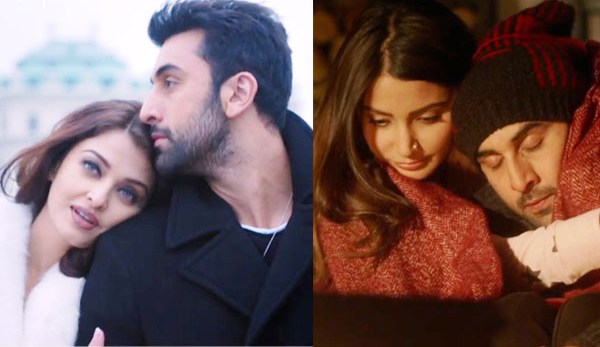 Karan Johar, in an attempt to lend freshness to the story, encrypts loads of details to it, only to end up making it sluggish. The movie picks up gradually over the first thirty minutes but the second half, with its own share of twists and turns, detaches the emotional connect, if not anything else. The dialogues, though cheesy at times, stay with you long after the movie is over.

Ranbir and Anushka are effortlessly charming and share a great chemistry together. Sharma, as the maverick Alizeh, is the show-stealer. So is Ranbir, who is terrific as Ayan, strikes the right chord with the audiences. Aishwarya looks stunning as ever and despite a brief role, succeeds in grabbing maximum eyeballs. Fawad Khan, the centre of all controversies, makes the ladies go gaga with his rugged-bearded look and a creditable performance.

All the SRK fans out there, there’s a huge surprise awaiting you!

Final Verdict- Not exactly a Deepawali treat. Would make for a decent one-time watch, though!
Posted by Penfreak at October 28, 2016